Trying to understand the concept and direction of a Katamari game would be like watching an episode of Lost mid-way through season 3 and trying to understand everything that’s happened so far. It’s just not possible. That’s because every game in the uncanny Katamari franchise is just that – uncanny. With Beautiful Katamari on XBOX 360, the King of the Cosmos, the silly sod, has caused a giant black hole to form in the galaxy. It’s sucking up everything and everyone near it, so the King enlists the help of the returning Prince to grab a Katamari, or a ball, and roll up everything in its path to create planets and moons and repopulate the dying universe. Please, believe me when I say that I still don’t understand what exactly a Katamari is, why it has the ability to roll up things and why the King thinks that rolling people up, seemingly killing them, is actually helping the galaxy. That’s all I’m saying about the story in Beautiful Katamari. That’s it. That’s because it doesn’t really matter. Yes, it is just as wacky and strange as the rest of the game, but you don’t need to know, at all, what’s going on to enjoy and finish this game. The premises of the gameplay and presentation of the environments is what will drag you in and even if you’ve never played a Katamari game before, you’re going to be sucked in by the addictive and fun gameplay this title has to offer. 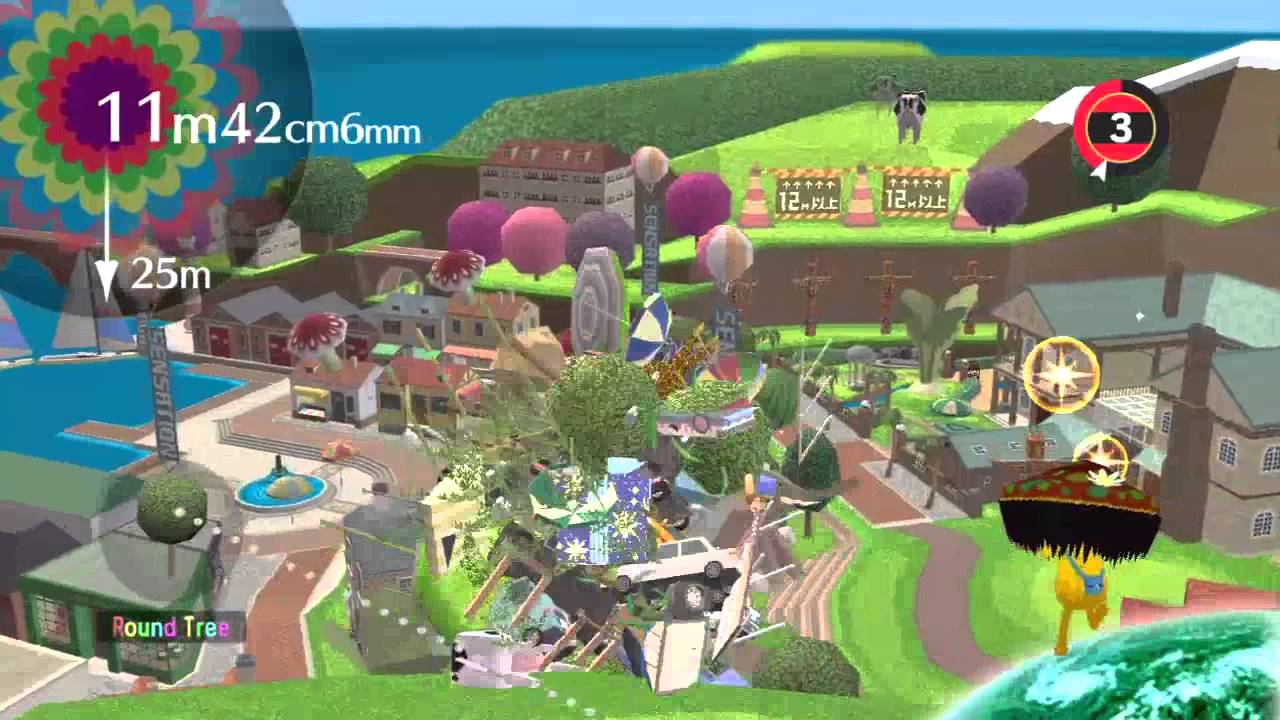 The gameplay is very simple, to say the least. There is a tutorial at the start to get you used to rolling the Katamari around and while it takes a little while to get used to the camera and how to direct the Katamari, it is very intuitive and enjoyable once you master it, which won’t take long. Once you get the Katamari rolling, it begins to pick-up items in its way, in-turn making the Katamari a larger and stronger ball. Initially, larger objects will be immune to the sticky power of the Katamari, but the larger it is the more items it can pick-up, which includes people, cars, skyscrapers and planes. Overall, the game is an enjoyable and very accessible title to play.

On a presentation front, everything fits in perfectly with the feel of the franchise. The menu is set out like a mini-galaxy, where the Prince can hop from planet to planet and interact with people and objects. There, you can try and beat your own high scores, play time-attack modes and view collectibles that you’ve built up throughout your playtime. From a graphical standpoint, it doesn’t look like an XBOX 360 title. The disappointing thing is that it looks identical to the PSP version. It’s difficult to really hold this against the game though, as the graphics are hardly what make the series so special. But they were accepted in the previous generation because they fit in with what was available. With Beautiful Katamari, there is no 360-esque graphical essence. A graphics upgrade certainly couldn’t have gone astray.

Beyond the single-player mode, there is the more extensive XBOX Live mode. There is co-op mode, but unfortunately it’s practically unplayable. Instead of two separate Katamari’s, you both control the same ball, but use different analogue sticks. To say it’s challenging would be an understatement. It’s the epitome of difficult. Battle mode is more fun and it’s a basic, all-out collect-a-thon where you try to out-size your opponents while also bumping into them to knock items off their Katamari. The game collects practically every single bit of information, including what you pick-up, and includes it in your leaderboard standings. Overall, you’re ranked according to how many cookies you have which you get when you win a match. Why cookies, you ask? I have no idea, but it’s just as pointless and wacky as the rest of the game and the game is great fun.

The music again is just your basic Katamari tunes, ranging from wacky Japanese pop songs to uncanny and weird ambient tunes. The sound effects will cause you to shake your head and think, “what the hell did I just hear?” It’s strange to say the least. 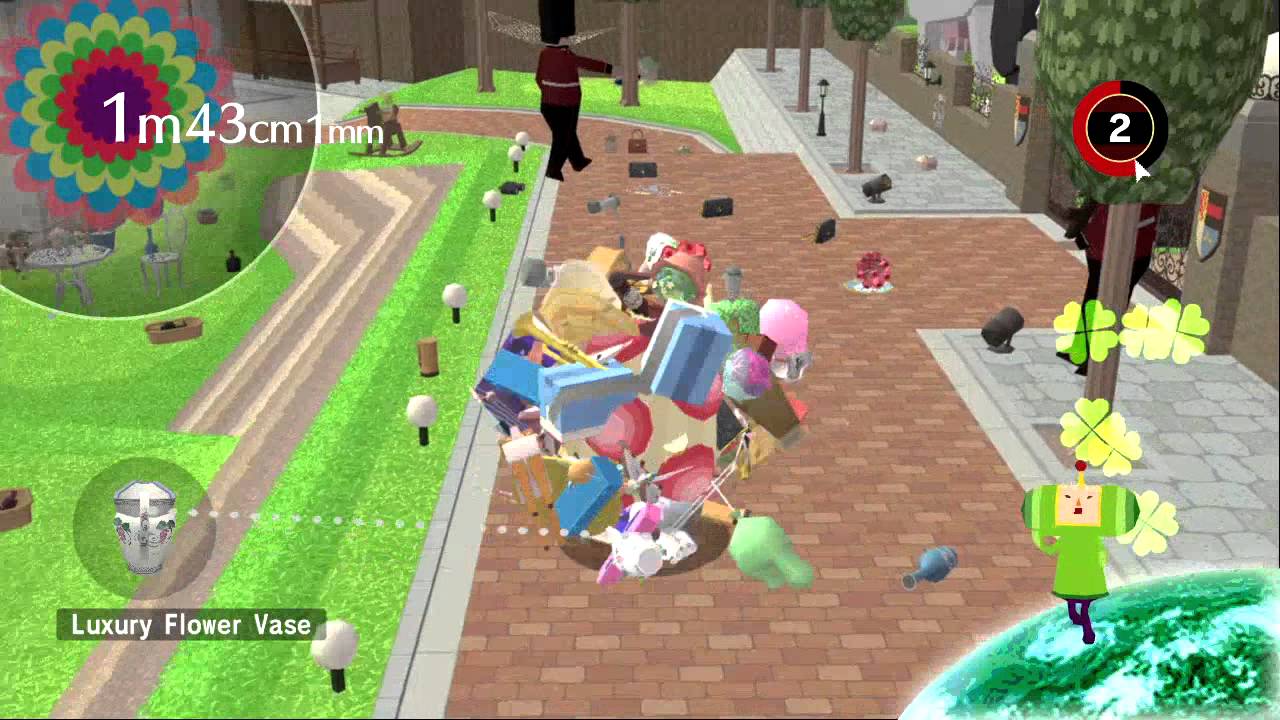 The only major downfall is the length. The single-player mode will take you a few hours to complete, and this is common in almost every Katamari game. It’s disappointing because by the time you finish, you still want the more. The game on Live is fun and just as wacky, but not quite enough to keep you going indefinitely.

It would have been nice for a long single-player mode to justify paying full-price for this title. It’s a great, fun title that’s fantastic while it lasts, which isn’t very long. XBOX Live will give you some enjoyment, albeit for a little while, but the single-player needs to be improved next time round. If you’re familiar with the series, this is worth a look as it’s the first Katamari game this generation. If you’re new to the series, check it out because a game like this strengthens the argument that games can be art.