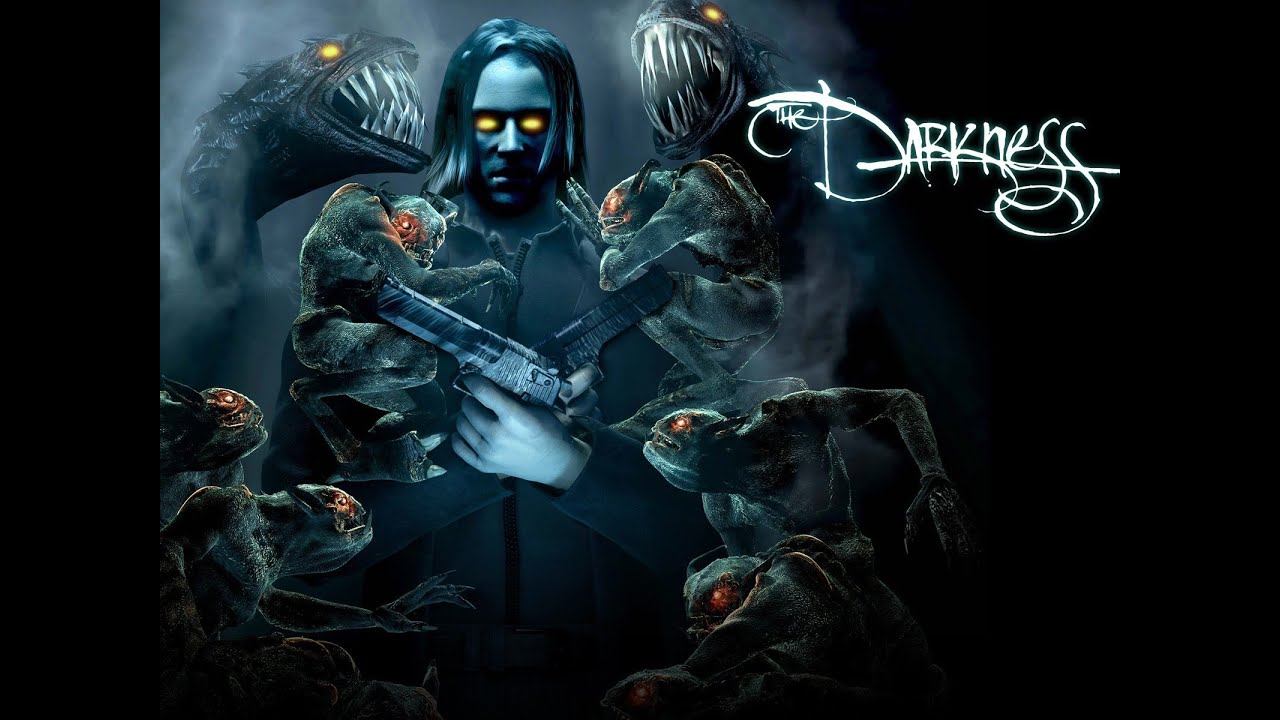 From Starbreeze Studios, the makers of The Chronicles of Riddick, The Darkness is a new breed of horror FPS, based on the best selling Top Cow comic book series. You play as Jackie Estacado, a mafia hitman living in New York city who is intent on revenge. Equipped with a large range of weapons and an array of devilish supernatural powers, you must fight your way through a realistic-looking New York and an alternate-reality in order to defeat a tyrannical mob-boss and fulfil your destiny as the wielder of The Darkness. This is surely one of the most unique adaptions of a comic book series into a game yet, but does it live up to the hype that surrounded it for so long, or does it get lost among the other many great FPS’s already out on 360?

The Darkness’ gameplay is a brilliant mix of gunfights, exploration, horror and supernatural powers. New York is a violent place, and in order to stay alive, you must fight fire with fire. The Darkness definitely stands on its own two feet and truly feels likes a bloodbath. Gunning down your enemies is a lot of fun and there’s a solid variation of pistols, automatic and semi-automatic weapons. At first, you’ll find the combat very difficult, but it won’t take long to get a feel for it. There isn’t a health meter, similar to games such as Call of Duty, and your health recharges over time if you take cover after you’re hurt. You will die quite easily if you stand still for too long in a firefight without taking cover. Combat is simple yet enjoying, yet it does lose its charm after a while. before your health is reduced to nothing. 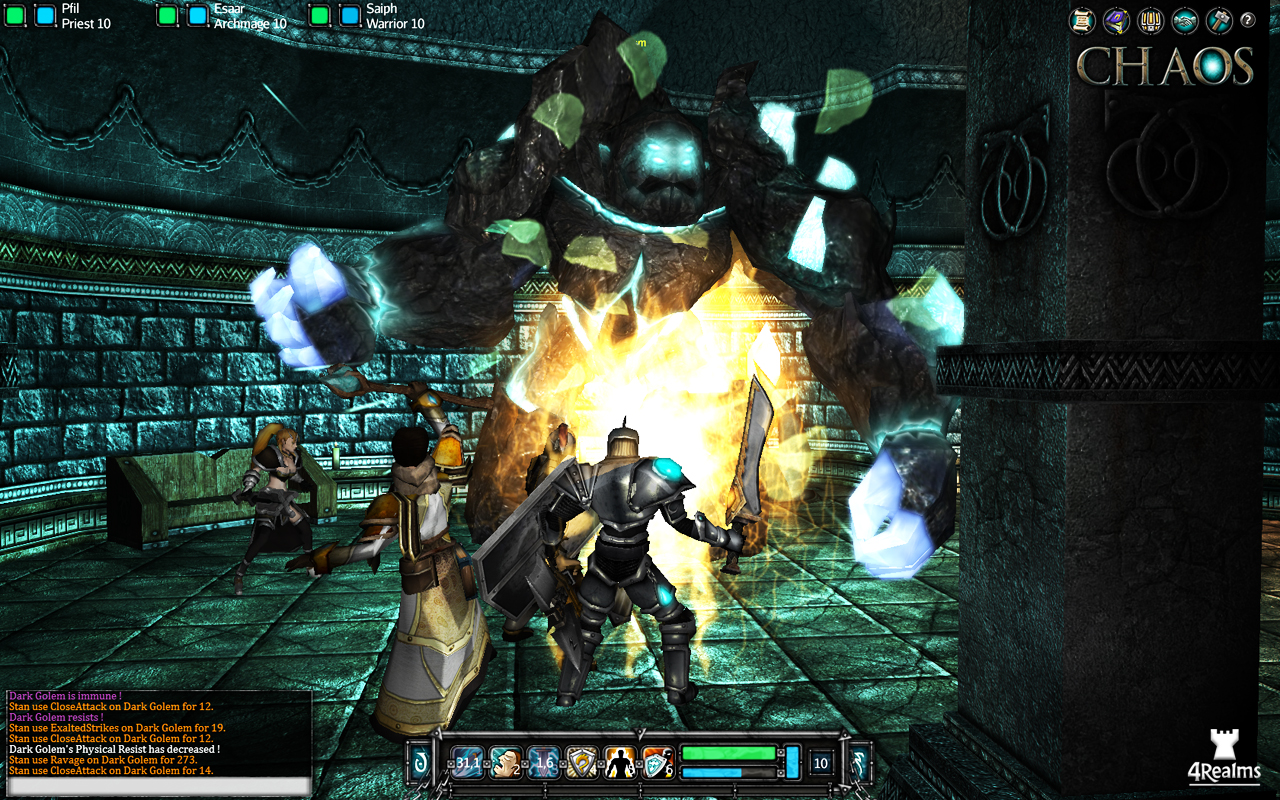 Exploring New York City acts as one of the more enjoyable parts of the game. What has always been one of the great aspects of games like the Spiderman titles is that you can interact with the people in the city, and you also have the ability to get assistance from people in the street for side-missions and they are a load of fun to do. The tasks range from fulfilling dares for tourists in the subway station or to helping people with bullies. Each side-mission has it’s own unique experience attached to it. There’s also the no load-screens factor. Rather than the conventional method of watching a little bar move across the screen, like most games when they load, The Darkness gives a unique view of Jackie talking about particular aspects in the game and about his life and this gives you an interesting look at his past and his view of the world. While it doesn’t really add to the story, it’s pretty interesting, and makes load screens less of an interruption to the gameplay and more of an extra. It’s a nice touch.

There are two parts to the Darkness; the New York environment and the alternate reality inside of the darkness itself, which is somewhere between life and death. The New York environment is where most of the gangster stuff takes place, and the really horror type stuff happens in the darkness world. As a horror game, The Darkness is extremely unique in that it’s done a total flip-flop from other FPS’s in the horror genre. With games like F.E.A.R and Doom 3, they rely on your own imagination to scare you. It’s not what you see that scares you in those games, but what you don’t see, or what you expect to see and it’s certainly an effective technique, however The Darkness on the other hand, leaves nothing to the imagination. There are some seriously sick and twisted imagery used; stuff that will give you nightmares. The developers must have just gone “the hell with subtlety!”, and rather than using visual trickery, they added a lot of open, upfront and realistically disturbing things and ideas. It’s a different type of fear altogether.

The major selling point for the game is the Darkness powers themselves. Throughout the game, you will get five different powers that can only be used in the shadows. When you go into the light, your darkness energy is slowly drained and you lose your special powers. As you kill gangsters you have to consume their hearts; one of the more violent aspects of the game, and this increases the amount of power you have and thus unlocks the different abilities as you collect more and more hearts. The one you get to begin with is called the “Creeping Dark”. This allows you to take control of a snake-like creature, which allows you to scout ahead while, leaving Jackie behind. This give you the ability to spot enemies, and if you get close enough, bites their faces off. Literally. Very soon after, you get the ability to summon Darklings. They’re these freakish little creatures that you can control and have them fight alongside you. There are four different types of them too.: Gunners, berserkers, light breakers and my personal favorite; kamikazes. They’re all pretty self-explanatory. The third power you receive puts you in control of a powerful tentacle; you can lift heavy objects, throw them at people, whip people with it, and or just wreak some good old fashioned havoc. That’s what games are about, right? Fourth are the Darkness guns, two special weapons that you can only use when in the shadows. One is sort of a machine pistol, the other is a larger, more powerful, but slower rifle type gun. Lastly, you get the ability to create black holes, which easily can suck in five or more enemies at once, sending them, along with everything else in the vicinity, flying in all directions… lots of blood of course! The powers themselves are a bit of a gimmick. They’re not put to good use in a gameplay sense; you could easily complete the game without using them at all. They are, however, a lot of fun to mess around with, and add to the comical-book style of the game, but could have been put to better use. 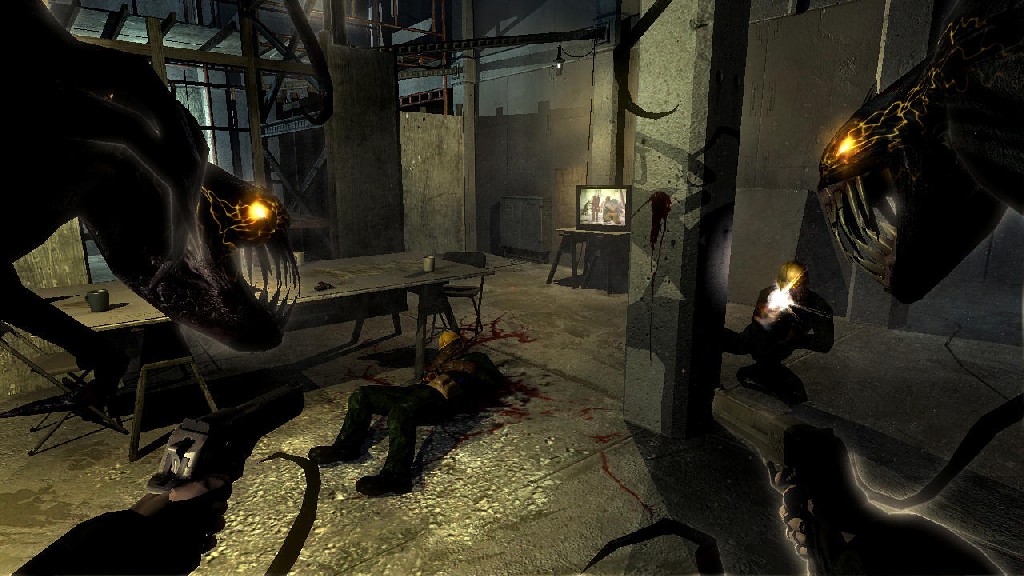 The Darkness’s graphics are quite impressive and realistic. Like games such as Quake 4 and Prey, the emphasis is on the contrast between light and dark, and its lighting and shadow effects are pretty damn good. You’ll often have to look twice just to see whether it is a real photo or not.

Character models are good, not great. The developers went a little crazy with the bloom effects, occasionally making the characters look like they’re made out of wax… But otherwise, a lot of detail and work has gone into putting personalities into the characters. Each and every one has a different look and persona. Animations, especially hand gestures and facial expressions, are explicitly detailed. You can tell there was some extensive motion capture work done for this game, everything moves fluidly as though it was really happening right in front of you. This is all complimented by some amazing blur effects, which add to the games cinematically, and its overall polished feel. The game is often extremely dark, too dark at points, and it’s annoying but you’ll probably find yourself turning up the gamma in order to find your way around. But really, that’s one of very few faults I can pick with the games visuals, and shouldn’t be too much of a hassle… unless you have cataracts or something.

Environments, especially the subway, can look extremely real, it’s really only when you look up close that you can tell it’s a game, and not an actual picture of a subway somewhere. You can see pictures of the real New York subway system and The Darkness has captured it perfectly. The textures seem to resonate the almost worn out almost antique atmosphere of New York with an astonishing amount of detail. It isn’t the best looking game available… certainly not up to the standard of that of Gears of War, especially in terms of character models, but won’t disappoint if you’re into eye candy.

The Darkness has some of the most impressive voice acting and dialogue in a game to date. It actually sounds like a real person is talking to you, unlike a lot of other games that sound like some cheaply done formulaic sitcom. The dialogue is also good, easily up to the standard of most Hollywood films. There’s also no cheesy one liners, and thankfully, no actors that you can recognize.

One of the creepiest aspects of the game is the voice of the Darkness. He sounds disembodied and evil, and eerily enough,; he actually sounds human. Later on in the game, you’ll hear some pretty spooky things. You can actually hear the agony in the tortured and tormented screams of the not quite dead, not quite alive inhabitants of the darkness world. The developers must have put hot coals into the underpants of the voice actors to get that realistic effect… Well, either that, or there was some seriously talented and dedicated people who contributed to The Darkness.

The sound effects themselves, such as gunshots or footsteps, are all pretty well done as well. None of the effects sound hollow or diluted, they have quite an oomph factor and quite a lot of substance, especially if you’re blessed with 5.1 surround with a fully-sick subwoofer!

The Darkness isn’t a game you’ll play through more than once. Depending on how many of the side missions you do and on how much you explore, you’re probably looking at about 10 to 12 hours max. There is a multiplayer segment in the game, but due to lag issues, it’s rendered fairly unplayable. But this could depend on a lot of things, such as your location, your connection or just how many people are on the server. I found this quite disappointing.

The developers obviously saw that there wasn’t really a lot of hours in this game, and as a feeble attempt to justify this, they’ve added a whole bunch of collectibles for you to find throughout the world. They come in the form of phone numbers and letters that unlock extra content. Things like pictures of the game during development and concept artwork. It’s a nice touch, but it’s really not worth putting too much effort into finding them all; there’s better stuff you could be doing with your time.

The Darkness Is good mix of horror and action, and for most of its bad features,points it can bare made unbalanced for in one way or another. The combat, other than a few balance issues, is satisfying and realistic… and did I mention it was violent? The graphics, especially the environments are hugely finely detailed where places can often be mistaken for the real thing, but unfortunately too dark in some areas. Exploration is a hell of a lot of fun, and side missions should keep you occupied, but the sad fact is that you probably won’t play through it more than once. as it’s got quite poor replay value. Sound effects are good, though, and there’s some first class voice-acting. The darkness powers themselves are a bit of a gimmick, but they can be quite a lot of fun if you don’t take them too seriously. Ultimately, if you can see past its bad points, this is a good game. However if you’re not a hard FPS junkie or a fan of the comic book series, you may not find it all that appealing. Definitely The Darkness is worth the try, you could be pleasantly surprised.

* Quite possibly the bloodiest game of 2007

* Too dark (and yes, I am aware that the title of the game is “The Darkness”)